When any tow truck company gets a call for a classic car, it’s always special and a total joy. This 1968 Mercedes which we towed from Eugene was no exception. Since the car wasn’t operable and since the owner wanted the Mercedes in Seattle, our tow truck company operator (Christian) drove the six-hour drive from Eugene to Seattle with the cars owner. The two mean talked auto bodies and engines and discussed all the details of the car. It didn’t hurt that Christian and the car owner’s wife knew each other.

And they talked. Not only did the wives know each other, but it also turns out that Christian is a vintage Mercedes car buff as well. And, Christian also not only serves as a tow truck company driver; he is also a mechanic. During the six-hour ride, the owner of the car decided to hire Christian to restore the engine and the car.

Now when Christian isn’t towing for T&M he is busy working on this beautiful old Mercedes. Christian….thanks for the pictures. 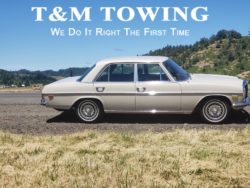 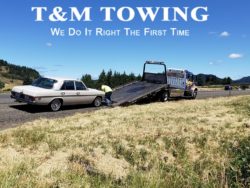 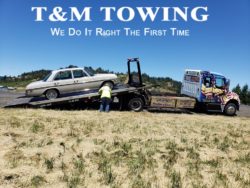 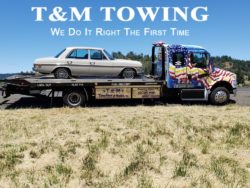